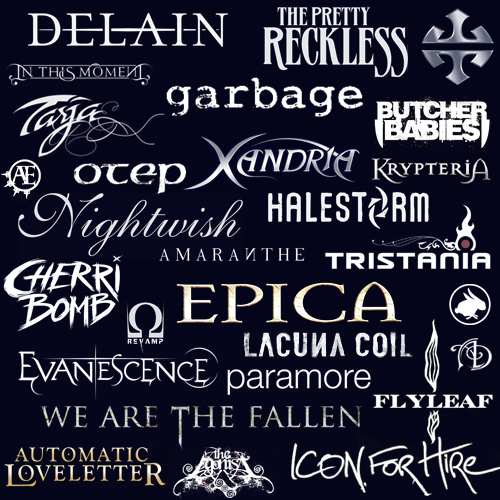 Hello, welcome to the Female fronted bands confessions, a blog to which you can submit your confessions about rock or metal bands with a female vocalist. I don't think "Female fronted" is a genre. Confessions can be even mildly related to the topic, just please when expressing criticism, be polite. If you don't want to see people expressing criticism, you can block the tag "Confession criticism" and you'll see only people expressing their positive feelings. Your confessions will stay anonymous. Also, I’d like to emphasize that these confessions aren’t mine and neither are the images I use so all credit to their makers. I hope you will enjoy the blog.
« 5 6 7 8 9 10 » “Hell to The Heavens” and “New Found Land” are Leaves Eyes’ best songs in my opinion. I love Arch Enemy’s performance during Wacken 2016. Alissa’s screams are out of this world! “Already Dead” by The Pretty Reckless is a great rock song, that guitar, those deep lyrics and Momsen’s voice full of both passion and pain…impressive. I think “Twin Flames” is an underrated Epica’s song. It’s heavenly beautiful and deserves to be performed more often. I have been so obsessed with Jefferson Airplane/Jefferson Starship so much lately and Grace is my idol. ❤ Night Club is so amazing live! And Emily is so nice, she talked to me about her favorite bands and music for a while after the show. She’s got great dance moves too. If you haven’t listened to the band yet, I highly recommend them. The song Expidition by Myha reminds me of Azula from Avatar.